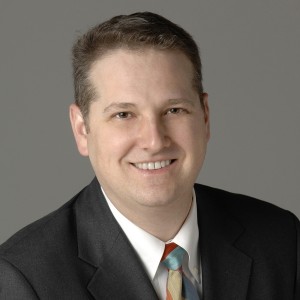 Ben Versh is responsible for media planning strategy for Pfizer Pharmaceutical brands, including Chantix, Enbrel, Viagra, Vaccines, and Rare Diseases, and the Pharmaceutical portfolio’s TV/Video investments. Ben has also served in the role of leading Pharmaceutical’s portfolio consumer digital video investments, and was a member of Pfizer’s Emerging Channels Working Group. He has 18 years of consumer marketing experience having held a variety of positions in media, marketing, and sales.

As an innovator at Pfizer in the paid-digital media space, Ben brings an integrated media approach to planning, expanding investment, piloting numerous programs including the first video healthcare campaign, and setting a process for continuous learning. Ben began his Pfizer career in 2001 with Pfizer Consumer Healthcare as a Senior Media Manager, responsible for media planning strategy, digital media, and non-traditional media. He expanded his experiences with roles in brand management for BenGay and SudaCare.

Ben had a strong focus on Healthcare and Technology, grounded in his work at advertising agencies J. Walter Thompson, Bates, and MPG, working on Warner-Lambert, Schering-Plough, Danone, Bell Atlantic, and Intel, and at the advertising technology firm Unicast. He received his B.A. in economics from Haverford College and lives in New Jersey with his wife, Robin, and their two children.

The DTC Hall of Fame is designed to recognize industry members who have made significant contributions to innovate and progress DTC / consumer communications. Industry-wide nominations are collected and then the final four inductees are determined by DTC Perspectives and our Advisory Board, a select group of industry experts who serve as counsel. Inductees can be from any sector of the DTC Industry: Pharmaceutical Manufacturer, Agency, Media Channel, DTC Service Provider, Government, Academia, etc. Nominees should have a minimum of 5-10 years’ experience in healthcare marketing to be considered eligible. Given the newness of the field, it is not necessary to be retired to be eligible. As part of the DTC National, the DTC Hall of Fame festivities include a cocktail party followed by a formal induction ceremony on April 19th presented by Context Media:Health with video tributes and live introductions from industry leaders, as well as an address by the Hall of Fame inductees. Each inductee is also profiled in the annual issue of DTC Perspectives Magazine.