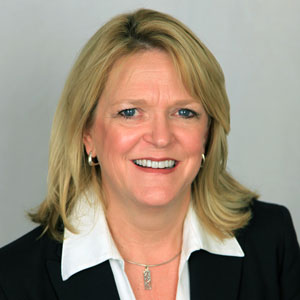 Cheryl Iverson is currently the Vice President of Communications, Marketing and Strategic Planning at the DeKalb Regional Health System (DeKalb Medical), in Atlanta. She has served DeKalb Medical for the past 14 years, navigating the three-hospital, 125-physician groups’ marketing efforts from a traditional mass media marketing approach in the early part of the decade through the changes and marketing opportunities of the current digital era.

In her early days at DeKalb Medical, after re-branding the health system and re-focusing its growth efforts on areas with declining market share, she impressed upon the physician group the importance of strategic geographic placement of physician practices. In addition, she provided pyschographic profiles of the geographies and service delivery recommendations to ensure that the development of physician practices in those areas met the needs of the target market in terms of personalities, facility décor, etc. Once placed, Iverson focused on growth in those areas through those primary care practices. In addition, she worked with hospital service lines to provide an easy access consumer entry point that could be promoted to engage patients with consumer-driven hospital service lines. These efforts led to year over year market share increases in areas that had been in decline for several years.

As one of the last independent health systems in a rapidly consolidating market, Iverson found innovative ways to compete with larger budgets of her larger competitors. She implemented the System’s first CRM system in 2005 to support a robust direct mail system to promote specific services based on propensity for utilization. Using propensity models, the System efficiently allocated its limited marketing dollars to high risk individuals with measureable results. In 2013, she shifted her CRM database/propensity models to a more digital-savvy vendor, maintaining a data warehouse with patient and community data, and expanding the capabilities to integrate online response.

Prior to DeKalb Medical, Iverson’s primary focus was in public relations and media relations. She was the first and only communications director for Promina Health System, which between 1994 and 2004, was the largest health system in Georgia. In that role, she created identity and branding standards through a collaborative approach with local hospitals. She took the unknown entity Promina, which consisted of doctors, hospitals, and a health plan, and positioned it under the auspices of physician/consumer relationships, rather than a large institution.

In her more than 30 years of experience in the healthcare marketing arena, she has primarily served on the provider side, but has also held positions in consulting and agency roles.

She has served as Community Relations and Marketing Director at Gwinnett Health System in Lawrenceville, Georgia, and has held positions at Richard Douglas Advertising, Buffington Rizzo Advertising, CDP Group (cancer consulting), and the Kennestone Regional Healthcare System (now WellStar), in addition to running her own firm, Anderson Iverson Marketing Communications.

She earned a Bachelor’s degree in Journalism from the University of Georgia in Athens. She is past President of the Kennesaw State Communications Advisory Board, has been named Who’s Who in Corporate Healthcare PR by PRWeek Magazine, and received an AMY “Best Overall Marketing Campaign” Award by the Atlanta Chapter of the American Marketing Association. She has served on the boards of the Atlanta Chapter of the American Marketing Association and the Georgia Society for Healthcare Marketing and Public Relations. More recently she has served on the Board of Directors of Leadership DeKalb, where she is currently the Chairman. She is a member of the Society for Healthcare Strategy and Market Development. Cheryl lives in Tucker with her daughter Lindsey (12) and is a proud UGA parent to daughter Caroline (20) who resides in Athens.

The Hospital Marketing National Hall of Fame is designed to honor individuals who have demonstrated extraordinary achievement in the advancement of marketing of hospitals or healthcare facilities. These elite marketing executives are selected based on actual accomplishments, influence on future consumer launches or campaigns, and recognized contributions and service to patients as well as the hospital marketing industry. The 2017 inductees will be honored at a special ceremony on June 5th during our Hospital Marketing National Conference in Atlanta, GA.