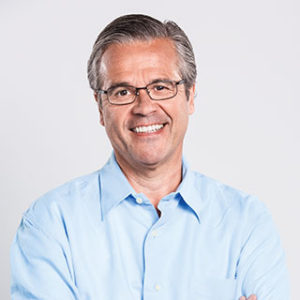 Paul Klein is Managing Director and co-founder of Havas Tonic, a leading consumer advertising agency specializing in health and wellness.

Paul began his career at Benton & Bowles, working on Procter & Gamble and Brown-Forman. He then went to North Castle Partners, a Connecticut-based advertising agency, where he worked on Bank of Boston, Allied Lyons, and Labatt USA.

Paul’s entry into the world of pharmaceuticals began 20 years ago at the advent of brand-with-indication advertising when he was recruited to Omnicom’s KPR to lead the agency’s first efforts in the nascent DTC space.

Paul admits to some ambivalence about interviewing for the job at KPR. The promise of creating a new practice was certainly enticing, but seemed a big leap for a guy with mostly packaged goods experience. He quickly changed his mind when he recognized that the same values and needs required in marketing packaged goods also applied to DTC, with the added possibility of greatly improving patients’ lives.

The resulting work for GSK’s Valtrex was among the very first DTC commercials, airing just hours after FDA issued its guidance. From that point on he has been hooked on healthcare.

Paul moved to Havas in 1998 to work on Schering’s OTC portfolio and Sanofi’s Ambien. By the next year, the agency had developed Ambien’s first-ever branded DTC campaign, marking the beginning of a long and successful relationship that lasted through patent expiry in 2007.

A pivotal moment for Paul occurred late in 1999, when GSK selected Havas as Creative AOR for Valtrex in advance of clinical study completions across multiple new indications.  He decided then to focus solely on building the agency’s DTC practice.

In the ensuing years, Paul became a driving force in diversifying Tonic’s capabilities beyond traditional advertising to become one of the industry’s first truly integrated agencies. Behind this new model, the agency saw explosive growth and has produced award-winning brand and disease-education campaigns across a diverse array of conditions from asthma to oncology, opioid addiction to MS, and diabetes to HIV, among many more.

The agency’s work is a perennial winner at awards shows. But it is not the awards that drive Paul and the team at Tonic—what’s most important are the relationships developed with like-minded clients. Together we work in partnership to achieve a common goal of improving people’s lives by providing the information, tools, and resources that enable them to better understand their conditions and engage more productively with healthcare professionals, leading to more positive outcomes.

Paul holds an MBA from New York University, Leonard N. Stern School of Business and a BS degree in business from Mercy College.

The DTC Hall of Fame is designed to recognize industry members who have made significant contributions to innovate and progress DTC / consumer communications. Industry-wide nominations are collected and then the final four inductees are determined by DTC Perspectives and our Advisory Board, a select group of industry experts who serve as counsel. Inductees can be from any sector of the DTC Industry: Pharmaceutical Manufacturer, Agency, Media Channel, DTC Service Provider, Government, Academia, etc. Nominees should have a minimum of 5-10 years’ experience in healthcare marketing to be considered eligible. Given the newness of the field, it is not necessary to be retired to be eligible. As part of the DTC National, the DTC Hall of Fame festivities include a cocktail party followed by a formal induction ceremony on April 5th presented by Outcome Health, formerly ContextMedia:Health, with video tributes and live introductions from industry leaders, as well as an address by the Hall of Fame inductees. Each inductee is also profiled in the annual issue of DTC Perspectives Magazine.