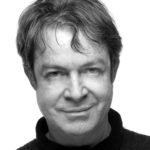 Richard began his career in advertising as a copywriter at J Walter Thompson, at the time the most famous and successful agency in London. In the space of five years, he rose through the ranks to Creative Planner and Group Head, received three Cannes Lions, several local awards, and was hired by Leo Burnett International as Regional Creative Director of their Asian offices headquartered in Hong Kong.

Asia proved to be a good move from a creative and from a business point of view. Within a short time, the Hong Kong office went from number 15 in the market to number 1, in one year winning a quarter of all the awards won by all other agencies in Asia combined.

From Asia, Richard went on to be Creative Director of Leo Burnett, Australia for three years, then to the head office in Chicago, where he was Creative Director on several Procter & Gamble brands, United Airlines, Fruit of the Loom and Kellogg’s.

Richard’s 20 years at Y&R New York, which subsequently became VMLY&R, have been filled with packaged goods, award-winning business to business campaigns, and consumer healthcare launches and ongoing campaigns for Pfizer, Merck, Genentech, PhRMA, and Allergan. He also loves to work with The National Disaster Search Dog Foundation and is proud to have helped them raise awareness and money for their very worthy cause.

Richard currently lives in Manhattan with his wife Molly and German Shepherd, Qlyde. They retreat most weekends to a house that they built in the Berkshire mountains.