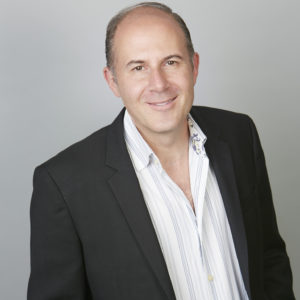 Gary’s introduction into healthcare advertising began in the mid 90s when he was asked to help out on the launch of the first in-home HIV test for client Johnson & Johnson. It was a rewarding experience, even though the product was pulled from the shelves shortly after launch. From there, he found himself getting more and more DTC assignments. So, in between advertising SUVs for General Motors and developing campaigns for AT&T, MasterCard, and Marriott, he was creating work for Amgen, Ortho-McNeil, and Ethicon Endo Surgery. Gary credits this experience of having one foot in the consumer health and wellness space and the other in such diverse industries as automotive, travel & leisure, technology, and telecommunications with his ability to find differentiating solutions to some of his clients’ biggest marketing challenges.

Over the course of the last 27 years, Gary has built 3 successful consumer healthcare practices at 3 different non-healthcare agencies. His Buzby Berkley-inspired Nuvaring campaign for Schering-Plough not only helped breathe new life into the brand, but was parodied on late night talk shows – one of the highest honors of his career. More recently, his launch campaign for Allergan’s Viberzi became a social media hit, a popular Halloween costume, and was named #26 on AdWeek’s 50 Most Talked about campaigns of 2016. (It was the only healthcare campaign to make the list.)

Gary’s passion is in using his creativity to help people, and nowhere is that more evident than in his pro bono work. He launched the Michael J. Fox Foundation for Parkinson’s Research and helped raise over $30 million in private donations. He’s developed memorable and moving campaigns for the ALS Association, the Children’s Miracle Network, City Harvest, and Water.org.

His portfolio of work has been honored by some of the most prestigious award show juries in the industry, including Cannes, Clio, Communication Arts, Kelly Awards, NY Festivals, Webbys, and more.

Today, as chief creative officer of greyhealth group, Gary is leading a team of talented and passionate creative problem solvers who are developing innovative solutions for some of the world’s biggest and boldest health and wellness companies.

In his spare time, Gary gives back to the industry that has given him so much. He has sat on the Ad Council Campaign Review Committee, he runs the Caples International Awards Show, he’s taught at the 4As and Miami Ad School, and he’s served on numerous award show juries.

The DTC Hall of Fame is designed to recognize industry members who have made significant contributions to innovate and progress DTC / consumer communications. Industry-wide nominations are collected and then the final four inductees are determined by DTC Perspectives and our Advisory Board, a select group of industry experts who serve as counsel. Inductees can be from any sector of the DTC Industry: Pharmaceutical Manufacturer, Agency, Media Channel, DTC Service Provider, Government, Academia, etc. Nominees should have a minimum of 5-10 years’ experience in healthcare marketing to be considered eligible. Given the newness of the field, it is not necessary to be retired to be eligible. As part of the DTC National, the DTC Hall of Fame festivities include a cocktail party followed by a formal induction ceremony on April 18th presented by PatientPoint with video tributes and live introductions from industry leaders, as well as an address by the Hall of Fame inductees. Each inductee is also profiled in the annual issue of DTC Perspectives Magazine.